URS, URSL (UreteroRenoScopy, UreteroRenoScopic Lithotrypsy) – ureterorenoscopy it`s a less invasive procedure with intention to diagnose (biopsy) or stone removal along all the parts of the ureter or even kidney. Patient is laid in the supine position with the spinal anaestesia or seldom general one. Very thin (3mm width and about 50cm lenght) scope is introduced through the urethra to the bladder. Inside the lumen of the bladder the ureteral orifice is then located, where the thin catheter is pushed up. The purpose of the catheter is to contrast the ureter with the radiooapque medium to facilitate introduction of the 1mm in diameter, floppy tip guidewire into the renal pelvis. The wire will help the urologist to find the lumen of the ureter and the route to the kidney in case of difficulties during the procedure. When the guidewire is placed in the propper position, at the level of the renal pelvis, the scope is then removed from the ureter outside the body with the wire placed intact. The scope is then introduced into the ureter again nearby the giudewire. Watching the wire with the ureterorenoscope the ureter is inspected for the pathology or stones. Quite often the distal part of the ureter (intramural part), the end passing through the bladder wall is very tight and low copliant, the mucosa of the ureter at this level is prone to small unintentional injuries but sometimes the ureter is so tight, the procedure should be stopped because of fear of severe ureteral injury. In such cases the thin (1,5 – 2mm in diameter), self retaining silicone catheter is placed through the ureter into the renal pelvis. The catheter has the thermal memory J-like bending ends and is called double-J catheter or J-J catheter. When the J-J catheter is staightened on the stiff wire, all the J`s are straightened as well and introduction into the ureter is then feasible. Keeping the J-J stent inside the ureter within several days makes the ureter compliant and stretched allowing the ureterorenoscopy feasible with the second look procedure after J-J stent removal. Inspecting the lumen of the ureter with the ureterorenoscope and moving up to the kidney direction urologist looks for the abnormalities. When the ureter is suspected for the malignancy, the specimen is grasped for the patology, when the stone is found, it can be crushed and removed outside the ureter with the special kind of basket (Dormia) or small forceps. The stones inside the ureter can be desintegrated with different kinds of energy, with balistic or ultrasonic lithotripters or with the laser medium. After stone removal or specimen grasping, the ureter is stented with thin catheter to avoid renal colic caused by the postprocedure ureteral mucosal oedema, at least in the day of the ureterorenoscopy, the bladder is also catheterized. Both catheters are usually removed on the next postoperative day and the patient is discharged. 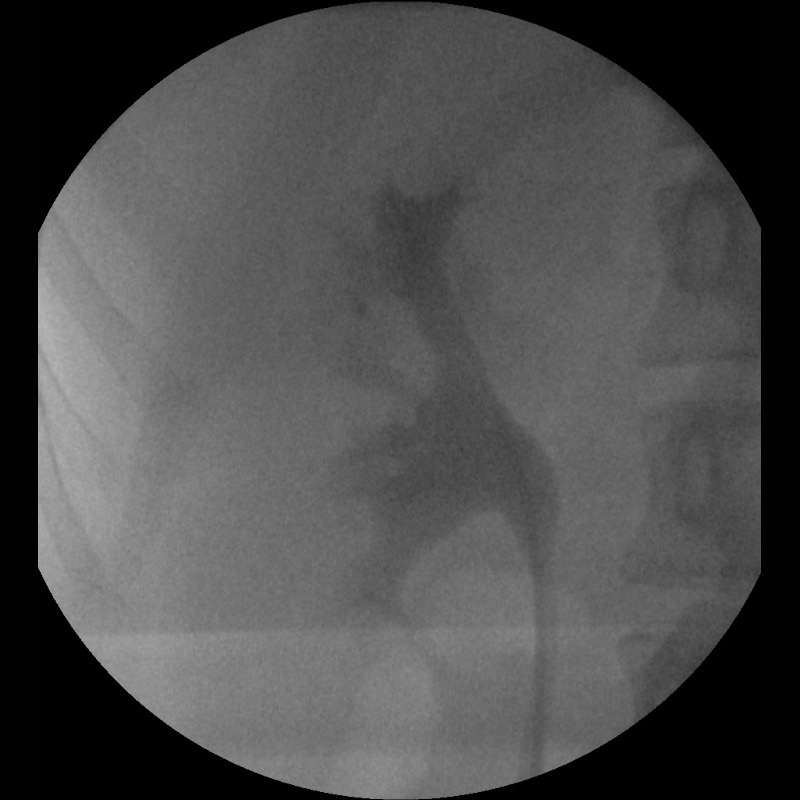